Side effects of India Pale Ales: man boobs and ED

So Mister here is a bit of interesting and a bit of alarming news for you! Do you love the India Pale Ales or craft - beer? If you do, then you might be heading for some ‘moobs’ or as they call it, men boobs in the near future! Yes, although drinking beer might make you feel manly on one side, on the other hand, it might make you heavier on the top along with with affecting your performance in bed as well (erectile dysfunction)!

Since ages, it’s pretty common to link drinking of beer with ‘beer bellies,’ but now beer boobs is making the news! So why is this happening? To make India Pale Ale or crafted-beers, hops or female flowers of the hop plant is used, which gives the beer its bitter flavour. This plant contains high levels of phytoestrogen, which is a plant form of estrogen, a hormone that can be blamed for your man boobs and ED.

As per Stephen Harrod Buhner, who is a renowned herbalist and author of the book ‘ Sacred and Herbal Healing Beers,’ the estrogenic properties of the beer can not only lead to the development of man boob and but a long term exposure to beer like India Pale Ale may eventually cause difficulty in sustaining an erection or ‘brewers droop,’ as termed. Further, another group of researchers from the Santo Tomas University of Columbia, found that ED caused as a side effect of Indian Pale Yales was not a temporary issue either. Even after abstinence from alcohol for a year, it didn’t seem to help improve the condition of those affected by it. But sadly, these are not the only side effects of beers like India Pale Yale. Men who drink a lot a hoppy beer can also face other side effects like premature ageing, hair loss, tooth decay, and a beer belly.

So is hops all bad for your health? Well, not really. Hops has its own set of benefits as well and have been used in herbal medicines for years to help treat ailments like insomnia and endometriosis. Further, they contain a substance known as xanthohumol, which is known for its anti-clotting, anti-inflammatory, and anti-viral properties. Also, being high in estrogen content, hops has its own set of benefits for women. Vaginal gels that contain hops helps in the reduction of dryness, itching, and burning, which are side effects of menopause.

So hops has its benefits, but what about man-boobs and ED? Well, some experts have a different point of view here also. As per them, the levels of phytoestrogen in the beer are not only too low to function as a hormone disruptor and but surprisingly, phytoestrogen can also be found in foods such as potatoes, soya bean, carrots, wheat, and beans. Even the sale of IPA’s speaks a different story. IPA sales itself account for a quarter of the sale of crafts beer, and in very recent years, its sales have just peaked in the US.

All said and done, some experts are still concerned about the side effects of IPAs, especially those leading to man-boobs or gynecomastia and erectile dysfunction. So is there a way in which you can enjoy your beer and still stay safe from its probable ill effects? Well, yes. Experts suggest few lifestyle changes like exercising more, since exercise not only helps cut down fat which is linked to the production of more estrogen, it also helps boost testosterone. Apart from exercising, eating a healthy diet which includes less of alcohol, sugar, and refined carbohydrates and more of leafy greens like spinach, cabbage, broccoli, and Brussel sprouts definitely does good. But if you are still concerned about the side effects of Indian Pale Ale, well then cutting down on your drinking of the same, wouldn’t be a bad idea! After all, too much alcohol is never good for your health! 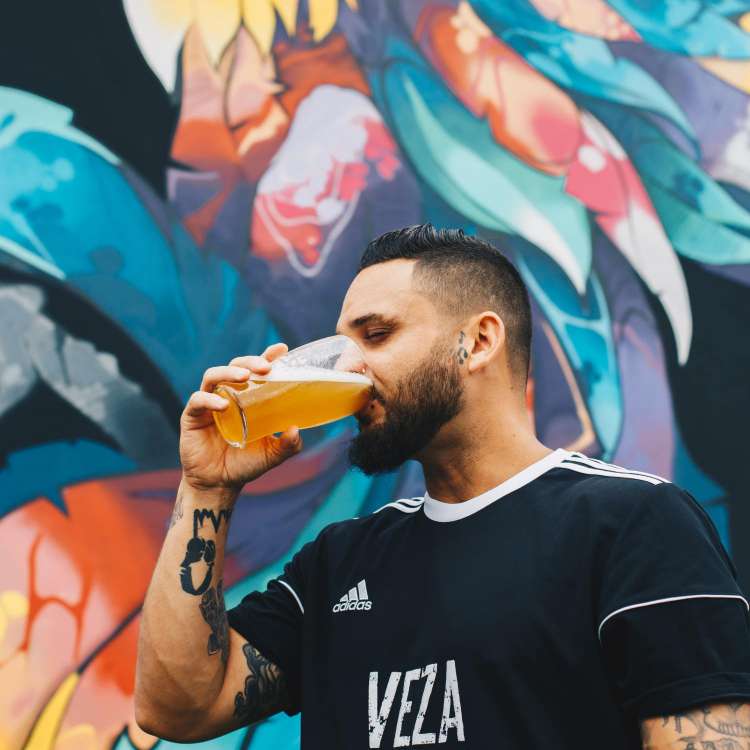 Erectile Dysfunctionside effectsbeerman boobs
No content on this site should ever be used as a substitute for direct medical advice from your doctor or other qualified clinician. The sole purpose of these articles is to provide information about health and wellness. This information is not intended for use in the diagnosis, treatment, cure, or prevention of any disease.
Recent posts