Shatavari - for a steady sperm count

Shatavari is one of the essential herbs used in Ayurvedic medicine. It is commonly used for female reproductive health. For example, it aids in the act of conceiving, prevention of miscarriages and also improves libido. In Sanskrit, the term Shatavari means “having one hundred roots.” It can also be associated with another meaning- “having one hundred husbands.” Shatavari is used in rejuvenating tonics, which help to develop and maintain good health and the general well-being of an individual.

The traditional use of Shatavari has been mentioned in ancient Indian texts of Ayurveda such as “Charak Samhita.” This describes its use for conditions such as the treatment of epilepsy, for brain tonics, managing Vata disorders, cardiac disorders and hypertension.

Most sexual problems are generally governed by the Vata Dosha. Any kind of imbalance in the Vata Dosha might lead to sexual disability and since Shatavari helps to manage Vata Dosha, it keeps sexual disorders at bay.

What are some other names for Shatavari?

Where is Shatavari found?

Shatavari can be easily found all over India, especially in the nation’s Northern region.

What is the description of the Shatavari plant?

The stem of Shatavari consists of multiple horns. Its branches are somewhat triangular in shape and are often sticky and oily to the touch. Its leaves are around the length of half or one inch and are generally found in a bunch of about 2-6 leaves. The flower of the Shatavari plant is exceedingly beautiful. It is white in color and filled with a pleasant fragrance. The plant also bears small, round, seeded fruit that turn red in colour, once they have ripened. 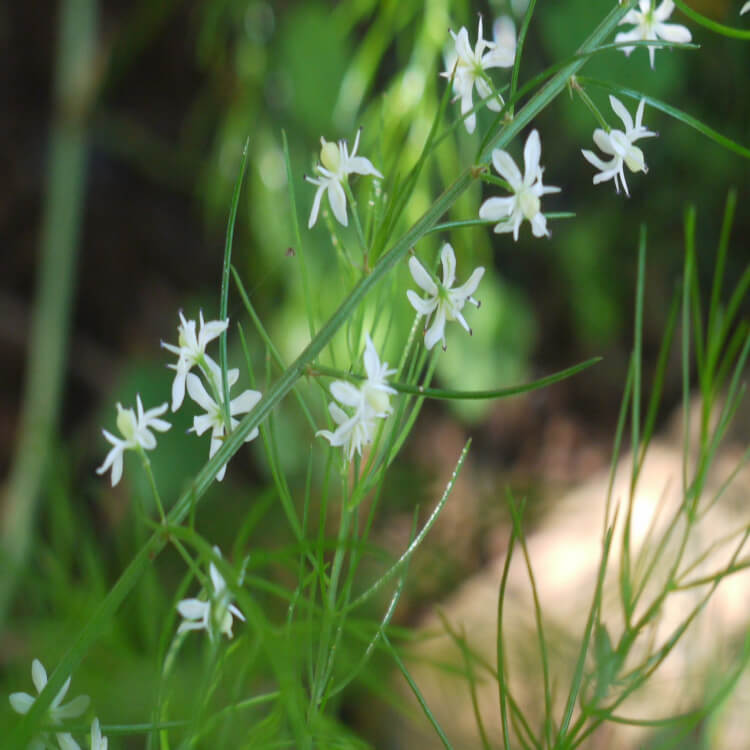 What are the Ayurvedic properties of Shatavari?

The ayurvedic properties of Shatavari make it efficient in managing health problems. It is considered as Guru (heavy) and Snigdha (oily) in nature. These characteristics make it a complete food that provides fullness in the body helping in its internal or external dryness. Shatavari is Tikta (bitter) in taste, Madhura (sweet) in its aftertaste and Sheeta (cold) in its potency. It also helps to manage all the three Doshas, especially Vata and Pitta Dosha.

Overall, Shatavari is one of the essential herbs in Ayurvedic medicine that functions both as a rejuvenator and as an aphrodisiac. Hence, Shatavari helps manage the overall health or restore the lost health of an individual and also boosts sexual well being.

What are the benefits of Shatavari?

Shatavari is commonly used for female reproductive health and assists women in situations like conceiving, preventing a miscarriage and improving their libido. In Sanskrit, the name Shatavari means both, “having one hundred roots” as well as “having one hundred husbands”.

The name Shatavari itself is suggestive of a rejuvenating tonic, which helps to develop and maintain the good health and general well-being of any individual.

The traditional use of Shatavari had already been mentioned in the ancient texts of Ayurveda like the “Charak Samhita.” This text describes the herb as being employed in the treatment of epilepsy, serving as a brain tonic, effectively managing Vata disorders and keeping cardiac disorders and hypertension in check.

Male sexual problems like impotency, poor or low sperm count, erectile dysfunction, oligospermia, spermatogenic irregularities and other male problems like painful micturition are becoming increasingly common. These aforementioned sexual health issues are all governed by the Vata Dosha. Any kind of imbalance in Vata Dosha might lead to the prevalence of these sexual disorders. Shatavari, being Vrishya (aphrodisiac) in nature, helps it to balance the Vata Dosha and consequently balances sexual health issues as well.

The most probable reasons for urinary problems like incomplete micturition, the painful or burning sensation in one’s urine or the presence of stones, are often poor eating habits or the lack of adequate hydration of the body. These reasons lead to an imbalanced set of Doshas (Vata, Pitta and Kapha) because of which an individual tends to face bodily issues and discomfort.

The consumption of Shatavari might prove to be very helpful in all these conditions due to its Mutral (diuretic) property. This property efficiently increases urine production in the body which then helps to reduce the symptoms of urine related problems in the future.

Shatavari is also considered to provide good health to an individual due to its Balya (strength-providing) property. This property fills the muscles and tissues of the body with strength, which in turn helps an individual to gain and maintain a healthy physique.

The intake of Shatavari, in many cases, aids the proper functioning of the nervous system by providing nourishment to the nerves enriched with Medhya (brain tonic) properties. It also contributes to a solid nervous system which can put up a fight against nerve disorders in the future.

In conclusion, Shatavari is considered as one of the essential herbs in Ayurveda, and includes multiple health benefits. Among them, Rasayana (rejuvenation) and Vajikarana (aphrodisiac) are very important benefits which lead to a disease free body inside out, and helps maintain sexual performance as well.

To know more about the benefits of Shatavari, click here

How does Shatavari help in body building?

Bodybuilding is an activity performed, both competitively, as well as for personal satisfaction. Men dream of looking physically attractive and maintaining good overall health. It is important to note that bodybuilding is not only restricted to enhancing one’s personality, but has myriad health benefits as well.

Now the question arises, how can a man attempt to achieve all these characteristics? The answer is simple. One must improve their dietary habits, practice yoga on a more or less regular basis and take the help of ayurvedic herbs such as Shatavari. One will see a natural All these methods will naturally induce good health.

Men often think, why not take the help of supplements that are used by quite a few fellow body builders? The catch here is that chemical supplements are not always healthy and can have detrimental effects on the body. Many of them also have artificial chemicals mixed into it. Shatavari on the other hand, can definitely act as a supplement, but is entirely natural in its nature.

Now, how does one distinguish between a supplement with artificial additives and a natural one? Consider this. Any supplement provided to you by a trusted and certified Ayurvedic practitioner will always remain safe and beneficial for your health. Besides this, notice and study the ingredients of any particular supplement to see if it contains all naturally extracted herbs.

In case an individual’s physical make up is thin and lean, it is required for them to obtain proper nourishment via food or food supplements. In this regard, Shatavari can help provide nourishment and strength due to its Balya (strength-providing) property.

This aids the enhancement of the muscular system leading to a healthy muscle build-up and an attractive physique. This process of providing internal strength and nourishment to various body parts through Shatavari is completely healthy and also prevents accumulation of any superficial fat, which can arise due to the consumption of mixed chemical supplements.

Since Shatavari is efficient in facilitating urine production, it helps in the removal of excessive waste material from the body that can eventually become an obstruction in body building practices.

Overall, Shatavari can help individuals to realise their body building aspirations and aid them to gain a strong physique and an aesthetic body. Its health benefits and rare chances of side effects have made it a much coveted herb.