So Mister, are you aware that in the past fifty years, there has been a general decline in the sperm counts worldwide? Sadly, this has a lot to do with our lifestyle changes, including eating a low nutritional diet. Also, male fertility accounts for one-third of the fertility issues faced by couples, in which because of unhealthy sperms or insufficient sperms a man is not able to impregnate his partner. But today, there is excellent news for you. If you love the colour red and love red fruits and vegetables like tomatoes, there can be a significant improvement in the quality of your sperms!

Before we go into linking sperm health to the reds, let’s first understand how do we judge a healthy sperm? A sperm’s health is judged on three elements:

1 Quantity or volume: Your sperm count is considered healthy if you have 15 million or more of them for every millilitre of semen. In short, more the sperm, higher is the chances of conception.

2 Movement or motility: Your sperm has to be moving fast to fertilize the egg. Although all sperms don’t move, at least 40% of the sperms should be moving for your sperm to be considered healthy.

3 Shape or morphology: Shape of the sperms also matter, because shapely sperms are more likely to be able to swim forward and fertilize the egg.

So now that we know that sperm health is gauged on these three parameters let’s see how the reds help make your sperms healthier. According to researchers, lycopene, a red pigment found in tomatoes, help boost sperm quality. This study was conducted by the researchers from the University of Sheffield, led by Dr Liz Williams, a specialist in human nutrition at the University of Sheffield’s. For this 12 week study, 60 men were randomly selected between the ages, 19-30. These men were divided into two groups, one group receiving 14 mg of lactolycopene ( which is equivalent to two tablespoons of tomato puree) in the form of a pill, while the other group received a placebo. Here lactolycopene, which is a combination of whey protein and lycopene was used since it makes lycopene easier to absorb by the body. The participants gave their semen and blood samples both at the beginning and end of the study.

The findings of the study ended up astonishing the entire research team. As per the findings, although there was no difference in sperm concentration, the proportion of healthy shaped sperms and sperm motility was much higher in those who took lycopene. The team found that it was possible to increase the percentage of healthy shaped sperm and fast swimming sperm by 40%, by taking lycopene. Since the study was done in the most scientific way using a computer system to take the measurements, human errors were definitely out of the way. Also coming to sperm morphology, the improvement in size and shape was quite surprising, as well.

Highly encouraged by the results, these researchers are now planning to do a study on a higher level which would now include men with fertility issues as well. Till now, the study was conducted on healthy men and cannot prove or state that lycopene improves fertility. The main point of the future studies would be based on the antioxidant property of lycopene. Oxidation of sperms is a known cause of male infertility problems. The antioxidant property of lycopene comes in play here by helping inhibit the damage caused by oxidation of sperms. If the results of the future studies are also positive, then this might help avoid a lot of invasive treatments which are currently used to treat male infertility.

So along with including red fruits and vegetables in the diet, the general advice from the experts is to eat an overall healthy food, as other nutrients are also beneficial in their own ways to help stay healthy and have healthy sperms. 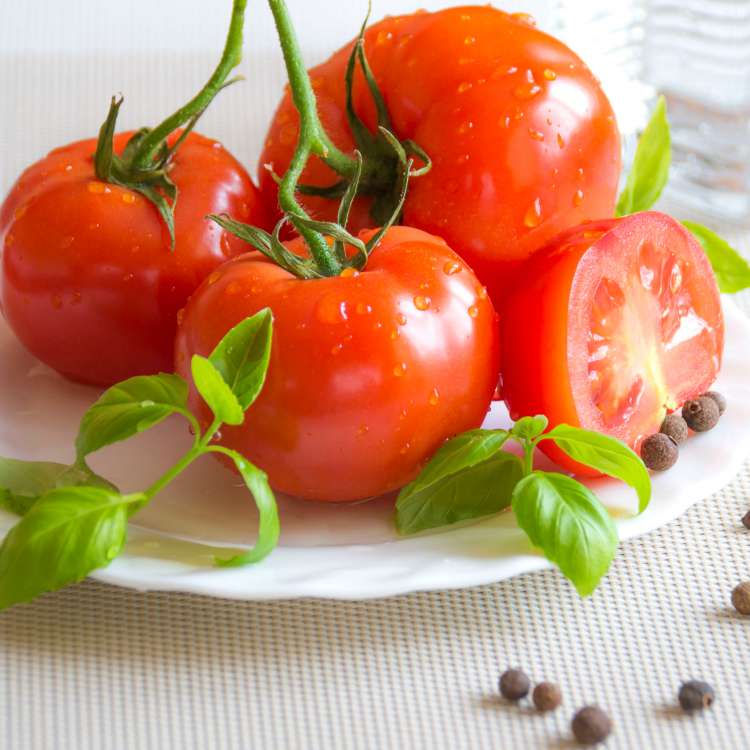 men's healthNutritionsperm
No content on this site should ever be used as a substitute for direct medical advice from your doctor or other qualified clinician. The sole purpose of these articles is to provide information about health and wellness. This information is not intended for use in the diagnosis, treatment, cure, or prevention of any disease.
Recent posts