Misters, giving a helping hand to your partner in household chores can improve your sex life

What do you think it takes to improve your sex life, both from the point of view of frequency and quality? More buying of gifts, or more pampering or planning exotic holidays? Well, mister it actually takes too little...That is, a little regular contribution from you towards household chores, at least that is what recent research says. Couples who work together to complete household chores have a better time together in between the sheets as well!

This research comes in as a blow to the face of previous research done in 2012, as per which, couples where men helped out with household chores, traditionally considered as female housework, like cleaning the dishes, laundry, etc., supposedly had less sex as compared to couples, where women would manage the household chores while men would focus on the ‘he' jobs.

When Matt Johnson, a family ecology professor at the department of human ecology, University of Alberta, realized that his intuitions which he got from his experience as a Couple Therapist didn’t match with that of the findings of the study of 2012, he decided to undertake a whole new study. This study included analysing data from a five-year study of 1338 German couples, which hit the nail on the head, proving his intuition to be absolutely correct.

Also, it’s helpful to note that there is a cultural difference between German and US, wherein men from Germany hold a more traditional outlook towards household work. There have been previous researches that have indicated that German men do less household work as compared to American men. Therefore, the findings of this research definitely come as a breakthrough, when it comes to gender work roles and couples sex life.

Researchers commented from the findings that men who hoped to improve their sex life, instead of shying away from household chores thinking it is not their job, should rather put in their share of efforts, for more frequent and satisfying sex life. This again does not mean that women get an orgasm seeing men clean the floor! It’s more about a fair share of household work, which ensures that partners feel respected while carrying out household work.

Also, it's good to remember that for every couple, what is their fair share of housework, would be different based on their expectations from each other as well as comparisons formed with common couples that they know of. This research further complements the findings of research published in the Journal of Sex Role in the year 2014, as per which a wife’s marital satisfaction was negatively affected by an uneven share of household roles.

For this research, 220 couples were included, who were married in the past 24 months. The findings implicated that setting and meeting expectations when it came to household work, played an important role in marital bliss. Also, as per a 2007 Pew Research Poll, 62% of adults, both men, and women, admitted that sharing household work was important for marital success. In the US alone, the ambiguity between couples when it comes to their share of household work leads to a lot of tension, disharmony, and discord.

The findings of the research come as a reinforcement of a basic need of every couple, which is nurturing a feeling of mutual respect and equality. Therefore, mister, if to date household chores are something you thought were never your job or you never liked doing them and your sex life is not that good, you now know where to put in your fair share of effort, which could help bring that spark back into your intimate moments in the bedroom! 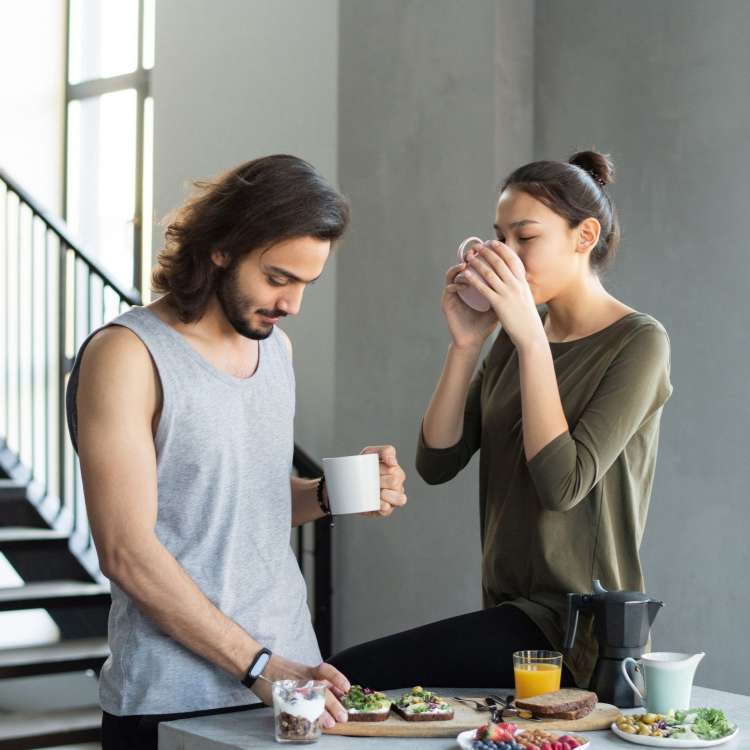 relationshipsex lifecouples
No content on this site should ever be used as a substitute for direct medical advice from your doctor or other qualified clinician. The sole purpose of these articles is to provide information about health and wellness. This information is not intended for use in the diagnosis, treatment, cure, or prevention of any disease.
Recent posts