Is male equivalent to PCOS, a thing?

It was in the early 1960s when doctors and researchers observed the concept of diabetes in bearded women. They noted clusters of blood sugar issues, which is often referred to as overt type 2 diabetes hirsutism and virilization in females. This phenomenon was initially observed only in postmenopausal women and was termed as Achard-Thiers syndrome.

However, attributed to many environmental and physical factors, this concept has evolved and started appearing in younger women too. It’s more commonly called PCOS or polycystic ovarian syndrome, which is caused because of a very high level of insulin. Contrary to popular beliefs, ovarian cysts are not necessarily a sign of PCOS diagnosis, which makes the name a misnomer. Considering this pattern in women, scientists and doctors tried to recognise the male metabolic/hormonal that was similar to men.

Common observations during PCOS include hyperinsulinemia hormonal abnormalities. These comprise of high levels of a gonadotropin-releasing hormone and luteinizing hormone (LH). There is also very low levels of:

Levels of bioavailable androgens increase in the same. A similar pattern has been observed in men. But signs and symptoms differ a bit. It is also called, “male polycystic ovarian syndrome equivalent.” Here is the male equivalent of PCOS:

Androgenetic alopecia is male pattern baldness which is a symptom of hyperinsulinemia. Men with AGA had drastically higher levels of testosterone DHEA-sulfate and reduced FSH and SHBG, which is similar to PCOS signs in women.

Erectile dysfunction is one of the primary clinical symptoms of insulin resistance. Even before traits of cardiovascular disease or type 2 diabetes show up, this symptom reflects something is wrong.

This is another insulin-driven condition but people are often unaware of the same. Insulin levels are hindered which in turn impacts the prostate (higher insulin means larger prostate), leads to obesity and a series of blood pressure issues too. Studies showed that medicines used for diabetes could be beneficial for those suffering from BPH. Like PCOS, metformin can be used for treating the same.

Studies by NCBI reveal that genetic susceptibility is highly possible with PCOS. These manifestations are not restricted to women, and insulin plays a very critical role here. Recognition of the syndrome is crucial for men because of metabolic problems, insulin resistance and overall impact on the body.

Men who have a first degree in relation to women suffering from PCOS should be tested for phenotypic features. They should also be checked for biochemical signs of hyperinsulinemia and hyperandrogenism. Such men should also be screened for underlying molecular defects. In this reference, using insulin-sensitizing drugs may have beneficial effects for both genders.

It’s important to understand that obesity and type 2 diabetes are just the tip of the iceberg. The underlying problems are connected with insulin and could give rise to a MIRS—male insulin resistance syndrome — a new acronym. 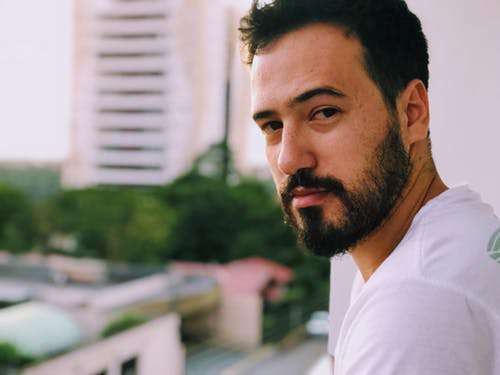 increase sex driveSexmore sex
No content on this site should ever be used as a substitute for direct medical advice from your doctor or other qualified clinician. The sole purpose of these articles is to provide information about health and wellness. This information is not intended for use in the diagnosis, treatment, cure, or prevention of any disease.
Recent posts