When it comes to matters of the heart, sex can play a vital role in the same. Are you aware that although you might have till now seen people getting a heart attack while making love, only in movies, it holds true for real life as well, even though in a minuscule proportion?

That’s what research says. Research has shown that sex can indeed trigger a heart attack, especially in men, although the odds of the same are very less. According to a study published in the American College of Cardiology, 1 in 100 men can suffer a fatal heart attack during sex. Although the number is very less, only 1%, still it cannot be ignored. Also, it is to be noted that 94% of sex-related attacks happen in men.

Further, a study was conducted by Michigan State University in which more than 2200 people took part. It was found that men, who indulged in sexual activity at least once a week in their late-fifties to eighties, had a twice higher risk of suffering from a stroke, heart attack, or other cardiovascular conditions in the next upcoming five years, compared to men who didn’t have sex. Also, it was seen that the chances of suffering from the same were higher in men who enjoyed sex than the rest. As per Hui Lui, a sociologist and person in charge of the study, this happens because these older men end up in stressing themselves out, to get an orgasm. Further, those who took medications to boost sexual functioning, were at an increased risk of heart disease, since these medicines contributed to the damaging effects on a man’s heart.

Studies suggest, there is more reason for you to be concerned if you are already suffering from a heart ailment. One should be aware of the functioning of one’s heart and how much stress or exertion it can handle. As a parameter, experts advise that in general, if you can climb stairs, walk a mile or jog, then you are fit enough to have sex as well. But to be on the safe side, here are some symptoms to be careful of and abstain not only from sex but also from any other vigorous physical activity until you have received an all okay signal from your health care provider:

Also, if you have a family history of cardiovascular diseases or you are suffering from any, its best to consult your doctor about what kind of sexual activity would be safe for you. Like for instance, it is generally advised for men who have suffered from any cardiovascular disease not to lie on their backs during sex, since there is a high chance of fluid pooling into their heart during the same.

In short, your heart condition can affect your sex life in some way or the other in case it’s not in the best of its shape. Since speaking about one’s sex problem or discussing them with one’s cardiologists may not be a very comfortable situation for either the patient or the doctor, many miss out on this vital health aspect. The best thing to do is carry your list of questions regarding intimacy during a visit, which will help you make the conversation more spontaneous.

Now it is also important to keep in mind that when one is suffering from cardiovascular disease, the instance of suffering a heart attack during sex is not the only thing to be concerned about. Cardiovascular diseases can also affect your performance in the bedroom, including problems in getting and maintaining an erection strong enough for penetration. Although the reasons for erectile dysfunction can be many, including psychological ones, the vast majority of the same is contributed to heart diseases. This is because, in coronary heart disease, your arteries tend to narrow and harden, thereby restricting a sufficient amount of blood flow. This holds true even for the arteries carrying blood to your penile region, which affects your blood supply to your penis. This, in turn, prevents you from getting a healthy erection. Also, it is vice versa. As per doctors, people who start seeing symptoms of erectile dysfunction and have no other medical history that might be responsible for it should first be screened for heart diseases to rule out any chances of the same. 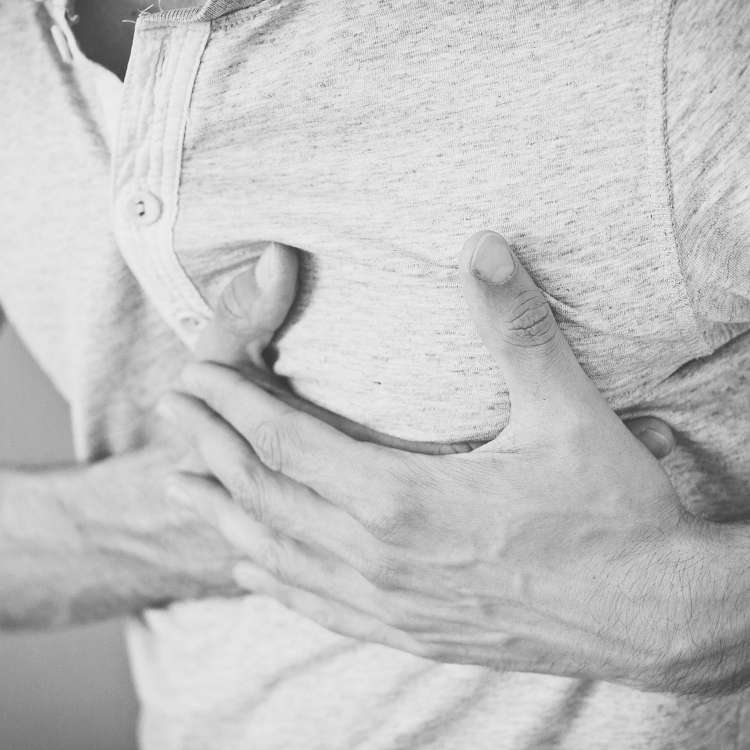 SexHeart Attackmen's health
No content on this site should ever be used as a substitute for direct medical advice from your doctor or other qualified clinician. The sole purpose of these articles is to provide information about health and wellness. This information is not intended for use in the diagnosis, treatment, cure, or prevention of any disease.
Recent posts